Choosing where to go in August for the best weather is no mean feat: your options close to home are endless as the Mediterranean is bathed in sunshine, making it the most perfect place to holiday in the world at this time.

Although the weather begins to shift slightly from the beginning of August, with days thinking about getting shorter and temperatures having peaked, it's still very much all about holiday weather and a favourite time to go away for thousands of Brits.

Read on to discover just some of the destinations worth considering when working out where to go in August for some seriously hot and sunny weather:

It's perhaps this familiarity which has helped make Corfu an eternally popular summer holiday destination.

August is typically the warmest month of the year with bucket loads of sunshine, although heat and humidity is certainly high.

Compared to many other Greek islands, Corfu has lots of lush vegetation which weaves its way between the picturesque beaches (try Glyfada in the west for soft sand), turquoise waters and rocky cliffs.

This growth also keeps temperatures in check, offering plenty of shade, although you'll still lounge in heat as Corfu is hotter than most other Greek islands in August.

It avoids the seasonal winds, which blow across the more southern Aegean Sea destinations. You'd be unlucky to encounter any sustained rain, however you may see the odd shower or thunderstorm, which will quickly roll by.

Read more: What not to miss in Corfu

The Algarve has long reigned supreme as a holiday hotspot thanks to the variety of beaches, resorts, and activities that make it a hit with families, couples and groups alike.

However, unlike many eastern Mediterranean destinations, the Algarve is slightly fresher at this time, largely due to its proximity to the Atlantic.

The prevailing wind and cooling currents of this vast ocean help regulate temperatures throughout the region, keeping heat and humidity levels moderate and sea temperatures chilly. Taking a dip can be quite invigorating, even in August, so you might want to look out for a hotel with a heated pool.

However, for many, this cooling influence is a real bonus, guaranteeing warm and sunny weather without it becoming too hot and uncomfortable, making it an ideal destination for those hoping to avoid searing heat.

As a general rule, the further east towards Spain you go, the warmer and less windy it is, while the closer you are to the southwest tip of Portugal (such as Sagres), the cooler and windier it becomes; surfers go west while sunbathers stay east.

Recommended for the Algarve

No matter what draws you to the white isle, be it the beaches, bays and pretty villages or world-class clubs and bars, you're certain to find your own slice of paradise in Ibiza.

Naturally, August is an incredibly popular time to go and it can get busy, but don't be put off as there are plenty of quiet spots on this island.

Thanks to its highest annual temperatures, plenty of warm sunshine, and, as it's a relatively small island surrounded by sea, only moderate heat and humidity, Ibiza is a real charmer in August.

There's an ever-present east wind, but Ibiza is small enough that you can switch to another side of the island to avoid it. Generally, it's dry in August apart from the odd thunderstorm, which will quickly pass by.

For a destination within four hours of the UK, Madeira is a good call in August. Conditions are thoroughly pleasant with loads of sunshine each day, minimal chance of rain and free from heat and humidity.

While the sea is warm enough for many to jump right in, some might find a little on the cool side, so a hotel with a heated pool might be sensible. Evenings, too, are fresh, dropping to around 17°C, so you will want to pack a few extra layers.

If you're looking for some warm summer sun without it being too hot or oppressive, then Madeira really is a great choice.

As well as the selection of beaches, generally a mix of sand and pebble, you can tackle the famed levada walks and trails, which zig-zag the island, taking you past the tropical fruit and flowers that thrive in this climate.

Croatia has soared in the popularity stakes and it's not hard to see why: as well as being blessed with an expansive and diverse coastline home to thousands of coves and beaches, it's also renowned for its crystal blue waters, beautifully unspoilt islands, and rich array of historical sites to explore.

August is one of the warmest months of the year in Croatia, and almost as sunny as July. There's a marked difference between the climate in destinations across Croatia, however.

It's often up to 3°C cooler and less sunny in the north (such as in Istria), while in the south (such as Split or Dubrovnik) you'll find moderate heat and humidity, lower than Greece, and rainfall which is limited to sporadic thunderstorms.

The harbour city of Split and nearby idyllic islands are some of the sunniest places in August and just happen to have some of the best beaches, although many of them are limestone pebble rather than sand.

A big plus about pebbly beaches is that the water tends to be clearer as there's less silt and sediment to stir up.

Read more: 9 reasons to visit Split, Day trips from Split & Islands for everyone in Croatia

Alternative destinations to visit in August 2023/2024

As well as the popular destinations mentioned above, it's only right to include some other places around the world which also enjoy good conditions in August.

If you're thinking of going long haul, California experiences some of its best weather in August, with up to 11 hours of sunshine and temperatures in the high twenties. It's warm enough to make the most of the state's great outdoors, but not oppressively hot.

Another long haul option with great weather in August is Bali in Indonesia. It's still in the dry season at this time, with warm sea temperatures, 10 hours of sunshine most days and daytime temperatures reaching 30°C. This is, without a doubt, one of the best months of the year to visit.

August is a wonderful time of year to get away with loads of places enjoying beautiful weather both near and far from the UK - the tough bit is simply deciding where to go!

Wherever your holiday takes you this summer, don't miss our collection of travel deals and discounts, while the weather in August page will give you more detailed information about where to go on holiday in August in 2023/2024 if you're still unsure.

Where to go on holiday for the best weather

Back to Holidays Top ^ 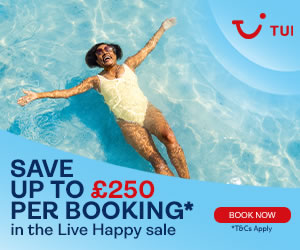