Bored with Bali? Disappointed with Dubai? Consider a visit to South America, a region filled with the world's most exciting cities.

Whether you opt for the gastronomic paradise of Lima, Peru, or the high-altitude, breathtaking beauty of Quito, Ecuador, these enchanting cities dotted across South America are guaranteed to delight.

Getting to South America: there are many ways to get to South America but surely the best is to go with the experts? Browse the current deals on trips from Wendy Wu Tours*, which offers numerous itineraries of various durations and budgets.

In recent years, Peru*'s capital, Lima, has blossomed into a culinary hotspot. Head to this coastal capital for every type of cuisine.

There's something for all budgets from the award-winning fare at restaurants like Central, where Michelin-starred chef Virgilio Martinez serves up contemporary twists on Peruvian classics, to fantastic street food (like anticuchos, a skewered meat snack eaten since pre-Columbian times).

Other reasons to love the city include its beautifully rugged, wave-based beaches and Huaca Pucllana, an adobe pyramid which dates back to 200CE, right in the heart of Lima.

La Paz is the world's highest administrative capital, hence the oxygen bottles you'll see tucked behind hotel reception desks. It's chaotic and colourful, but there's no better way to experience the real Bolivia*, and it's one of South America's most affordable destinations.

Start with a wander through the El Mercado de las Brujas, or Witches' Market, to watch locals stocking up on ingredients believed to have magical powers. Examples include the llama foetuses, purchased by locals who bury them under the foundations of new homes.

Next, take some time out in one of the beautiful churches or tackle the famous Death Road, an 80-kilometre, hairpin turn-dotted bike ride along what was once the only road into La Paz.

Many travellers make a beeline for Cusco, which has the added advantage of Peru's most beautiful hotels, including many inside former monasteries, such as Belmond's antique-filled Hotel Monasterio.

While Cusco is known as the starting point for those heading to Machu Picchu, there are plenty of other ruins worth checking out, such as the 15th-century Sacsayhuaman temple complex, a short walk from the city centre.

One of the region's largest cities (over 12 million people live here), it's another South American centre with a fantastic food scene, and is known as Brazil*'s capital of pizza - there are over 6,000 pizzerias here.

Although its never-ending landscape of skyscrapers can seem overwhelming at first, there are plenty of green spaces amongst the concrete. A favourite is Ibirapuera Park, created in 1954 to mark the city's 400th anniversary.

A seriously underrated beach resort, Uruguay*'s Montevideo is a schizophrenic city, with a downtown core where skyscrapers sit next to art deco and neo-classical creations, and where vibrant beachfront neighbourhoods like Punta Carretas and Pocitos have a laidback, Floridian feel.

Highlights include the plaza-filled La Ciudad Vieja (old town), Plaza Matríz for the daily flea market (you'll find everything from gemstones to silver antiques) and the city's delicious coffee.

Grab a cup at Café Brasilero, which has been a hangout for intellectuals and writers since it opened in the late 1800s.

Please note: travellers with respiratory problems may wish to take medical advice before embarking on a trip to destinations at high elevations in South America.
La Paz in Bolivia is over 3,500 metres above sea level, that's nearly 12,000 ft, while Cusco in Peru is over 3,000 metres and Quito in Ecuador just under that.

Salvador's popularity has rocketed in recent years. Darker aspects of the city's history - it was one of Portugal's biggest slave trade centres - have infused it with African culture.

This is most evident in the colourful Pelourinho, or old town, where slave auctions once took place. A massive restoration effort in the 1990s returned its oldest buildings to their former glory and today, the entire neighbourhood is a UNESCO World Heritage site.

Buenos Aires is a huge city which still manages to be easily navigable, thanks to a fast, reliable underground metro (the first in South America), 130 km of bike lanes and a growing number of pedestrianised streets in barrios such as Soho, Recoleta and Balvanera.

It's easy to see why the city is a popular final stop for backpackers exploring South America; it's got Argentina*'s best hotels, bars and restaurants.

Head to Recoleta for a culture fix (highlights include the historic Recoleta Cemetery and the Museo Nacional de Bellas Artes), to up-and-coming Villa Crespo for cocktails (ideally at the brilliant, speakeasy-style 878 bar).

Meanwhile, Caballito is the place to people-watch in leafy plazas, or to ride on one of the neighbourhood's Tranvía Histórico streetcars, maintained by Amigos del Tranvía (friends of the tramway) Association.

It's official: Quito in Ecuador* is no longer simply a transit stop for travellers heading to the Galapagos. A high-altitude capital (2,850 metres above sea level, to be precise), it's a city filled with gorgeous churches like the Metropolitan Cathedral of Quito is one of the oldest in South America.

It's also surrounded by volcanoes, although one of its biggest attractions is the equator line, more specifically the La Mitad del Mundo (the Middle of the World), a theme park-like attraction where you can pose with one foot either side of the equator - despite the fact it recently emerged the real thing is actually a five-minute walk away.

Quito's a great base for day trips too. Consider the Rosadex Farm, where you can sign up for guided tours of one of the world's biggest rose farms, or the wildlife-filled Mindo Cloud Forest. 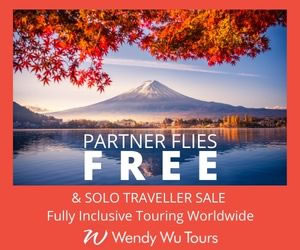 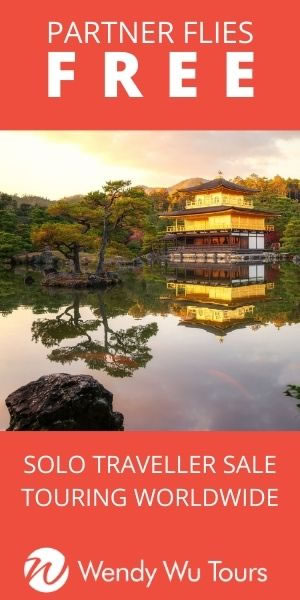