7 island delights of Cyprus away from the beach 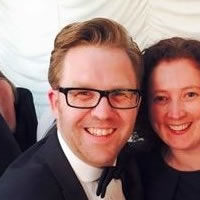 With the earliest traces of human activity on Cyprus dating back thousands of years, it's no wonder this sun-soaked island has long been on the beaten travel trail. Nevertheless, there's always more to be discovered.

Ancient Greek history, British colonial influences and strong Turkish ties all help make this one of the most individual destinations in the eastern Mediterranean. That's before we even mention the stunning natural beauty of the place.

Holidays to Cyprus: prepare to discover these sights for yourself - find fantastic deals and offers for families and couples alike when you book a break to Cyprus with TUI*.

But while most people think of its huge list of Blue Flag beaches - the most extensive of any European country - or big hitters such as Aphrodite's Rock and the Palace of the Kings in Paphos, Cyprus is teeming with lesser-known sights crying out to be discovered. Here are the best you may not have read about...

OK, so this is not necessarily an overlooked sight - the imposing peaks of the Troodos Mountains, the largest range in Cyprus, are visible from many parts of the island. The area is expansive, rugged and sparsely populated, making it the place to be if you really want to escape the crowds.

The geology here is also fascinating, with European and African tectonic plates colliding to form the entire island. Petrified lava and inspiring rock formations are waiting to be found, as is the majestic Caledonia Waterfall at Chionistra.

At the southernmost tip of the famous Akamas Peninsula, arguably the most celebrated of all protected areas on Cyprus, and around 16 km west of the popular resort of Paphos, is the Avakas Gorge.

It may be only 3 km long, meaning serious trekkers will probably want to include this within a longer walk, but it really shouldn't be missed.

An incredible range of flora and fauna can be found between the domineering cliffs, including pine trees, junipers, wild figs and oaks, with full points going to anyone who gets a view of the centauria akamandis - an extremely rare purple flower endemic to this area.

Ask most people about religious sites on Cyprus and chances are the Kykkos Monastery will come up. That's no surprise, given the Byzantine structure is among the most important Orthodox structures in Europe.

More adventurous types might want to head to Agios Nikolaos tis Stegis, or the Church of St Nicholas of the Roof. From the outside, you could be forgiven for thinking it's little more than an old farmhouse, but this UNESCO World Heritage site is one of nine painted churches in the Troodos region, with more than 600 years of frescos adorning its interior.

They don't come much more traditional than the stunning village of Lefkara, located just off the main Nicosia-Limassol highway. Known for its cobbled streets and pretty position in the hills, it's frequently labelled as one of the most beautiful towns in Europe.

Anyone looking to buy some of that famous Cypriot lace or silver will be in their element, although it's also worth remembering this is wine territory. The Ktima Dafermou Winery is widely recognised as one of the finest on the whole island and was the first facility of its type in the country to be built to bioclimatic standards.

Deciding where to stay? Some of our favourites include the Coral Beach Hotel and Resort* in Paphos close to Avakas Gorge; the Atlantica Bay Hotel* for Lefkara and The Royal Apollonia* in Limassol for easy access to Anogyra.

Wander through an ancient world

With archaeological excavations in the area placing the foundations of Anogyra village at around 8,000 BC, it's no wonder this tiny whistle-stop within striking distance of Paphos* and Limassol* has a reputation for indigenous Cypriot culture.

Just 250 people still live here, but there's no shortage of reasons to visit. History emanates from every street corner.

The iconic Timios Stavros Monastery hosts a festival that lures former residents back from across the country in their droves (usually 1 August), while the abundance of stone monoliths have inspired countless legends.

Then there's the nearby Oleastro Olive Park with its original olive press, dedicated museum and excellent restaurant.

The Cypriot capital of Nicosia isn't the first place tourists flock to, largely thanks to this being one of the last divided cities on the planet. The so-called Green Line splits the town in two, separating North Eastern Turkish Cyrus from Greek Cyprus.

Head to the top of the Shacolas Tower to find an observatory and museum offering unbeatable views over the partition, and exhibitions detailing how the current status quo came to be.

Once you're done there, head for the Fairy Tale Museum. Opened in 2017, and housed in a Grade II listed building, once inside you can pore over a vast library of folklore from Greece and the rest of the world, use interactive displays to learn the stories behind the mythology, and even don fancy dress to create your own.

Legend has it that the settlement of Foinikas was founded by the Knights of the Templar in the 12th century when Richard the Lionheart invaded Cyprus amid the Third Crusade, although this remains unproven.

Following the more recent Turkish invasion in 1974, the town's Turkish-Cypriot population was forced to flee to the north. Greeks then moved in until a government decision to dam a nearby river rendered Foinikas uninhabitable.

Its traditional, hand-built stone structures are still intact, though, and the stunning surrounding countryside is an added incentive to visit.

Located in the eastern Med, Cyprus enjoys a longer summer than many other European nations. It's one seriously hot and sunny destination that warms up from May and remains delightful through to October.

Find out more about the weather in Cyprus and see when we think is the very best time to go for fabulous weather.

Tempted to see the interior delights of Cyprus? Check out the latest deals on great value summer holidays to Cyprus with TUI, which departs from both regional and major UK airports. 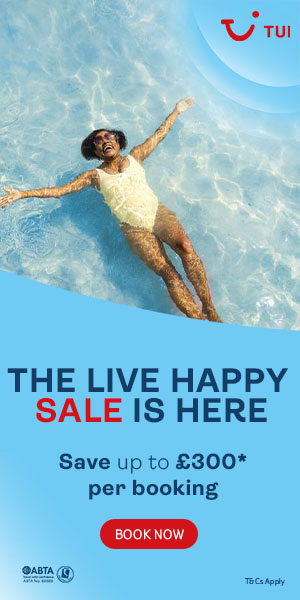