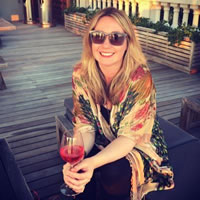 The legendary Wild Atlantic Way* stretches 2,600km along Ireland's entire west coast. It's one of the longest, and best, coastal routes in the world.

The official Wild Atlantic Way trail was launched in 2014, broken down into five segments from County Donegal in the north to County Cork in the south, tracing swathes of golden shores, dramatic cliffs, enchanting villages and historic cities.

Whether you want to break waves in one of the best surf spots in Europe, shuck oysters right on the shore or relax in a restorative seaweed bath, Ireland's west coast offers plenty of epic things to do.

Getting to Ireland: why not let the professionals lead you on a tour of the Wild Atlantic Way? Check out the latest offers from Just Go Holidays* and book your next coastal adventure for less.

Lace-up your hiking boots to venture to Slieve League's viewing point, from the visitor centre in Teelin, Carrick. Take in the extraordinary scenes of the wind-beaten coastline and surrounding Sligo and Donegal mountain ranges as you yomp along the coast.

Going further than the viewing point is only advised for experienced coastal hikers.

Dive into a wormhole

The Wormhole, also known as Poll na bPéist, is one of Ireland's most famous swimming spots, located on the west coast of Inis Mór, the largest of the Aran Islands.

A natural rectangular pool filled with the bracing water of the Atlantic Ocean, the Wormhole is carved into the island's grey sea cliffs.

Follow the signs from the nearby village of Gort Na gCapall or take the coastal path south from Dún Aonghasa, a prehistoric fort built on the clifftop, to enjoy an invigorating dip in the Wormhole.

County Sligo is renowned for more than just being the resting place of poet William Butler Yeats. In the shadows of Knocknarea, home to one of Ireland's largest cairns (that of the legendary Queen Maeve), Strandhill Beach is a golden satin-soft strip flanked by lofty sand dunes.

Head to Strandhill for some of the Wild Atlantic Way's best waves, with surf schools on hand to offer lessons and wetsuit and board rental.

Once you've experienced the world-beating waves, enjoy a relaxing hot seaweed bath at Voya on Strandhill's promenade. The seaweed is hand-harvested straight from the ocean and used for its detoxifying properties in beauty treatments and the famous seaweed baths.

Cradled between the Nephin Mountains and the Atlantic coast lies Ireland's very first International Dark Sky Park. Located in County Mayo, it offers some of the darkest skies in the world.

On a clear night, you could witness over 4,500 stars twinkling in the sky, along with other planets within our solar system and the wider Milky Way.

There are three viewing points dotted around the Dark Sky Park, including Ballycroy Visitor Centre, Claggan Mountain Coastal Trail and the most remote spot, the Robert Lloyd Praeger Centre.

Trails crisscross the park, offering unparalleled access to the region's wildlife as well as the spectacular skies above. If you opt to stargaze from Ballycroy Visitor Centre, look out for Leisler's bat, Ireland's largest species of bat, swooping in the sky.

Kylemore Abbey and its sprawling estate reflect onto the shimmering Pollacapall Lough in the heart of Connemara's beguiling countryside.

Surrounded by emerald-green forest, the sprawling 19th-century monastery has been home to a Benedictine order of nuns for the last 100 years.

Explore Kylemore Abbey's restored rooms and neo-Gothic church before moving on to the Victorian Walled Garden. Filled with vibrant pops of seasonal colours, the garden spans six acres, divided by two streams with water trickling down from the nearby mountain.

Few gourmet experiences compare to hand-harvesting oysters from the seabed before slurping them down right on the shore.

In Galway, a buzzing city smack-bang in the middle of the Wild Atlantic Way, the region's native molluscs are deliciously rich and buttery.

They're even celebrated each September at the International Oyster & Seafood Festival, the oldest oyster festival in the world.

Join a guided walk to the Kelly Oyster Farm in Galway Bay to hear about the important role oysters have played in the local community. Learn about the region's oyster farming traditions before picking and shucking native flat oysters.

Kayak to the Cliffs of Moher

One of the best places to see the craggy UNESCO Cliffs of Moher, within Burren National Park, is from the ocean.

The magnificent sandstone and shale cliffs, known for their sharp, vertical drops, can be seen during an exhilarating guided kayak tour from Doolin, County Clare, with North Clare Sea Kayaking.

As you paddle through the inky waters of the Atlantic and breathe in the salty sea air, you'll be guided to hidden coves, private islands and beaches.

Look out for the kaleidoscope of marine life that thrives here, including nesting seabirds, lolling seals and dolphins dancing in the water. The highlight is reaching the hulking Cliffs of Moher and the haunting sea stacks that rise from the water.

Skellig Michael is a dramatic pyramid-shaped island, one of two UNESCO World Heritage Sites in the Republic of Ireland, 11.5km off the Iveragh Peninsula in County Kerry.

Skellig Michael is defined by its twin peaks, jagged like shark's teeth. Join a boat tour from Portmagee, Valentia, Ballinskelligs or Derrynane Harbour to visit the island's St Fionan's Monastery, built between the 6th and 8th centuries.

Once occupied by monks, a visit now offers the chance to witness the ancient monastery, a megalithic stone row and a cross-inscribed slab known as The Wailing Woman.

Look out for the island's wonderful wildlife, including puffins, razorbills and grey seals.

The English Market in the centre of Cork has been the steadfast stomach of Ireland's west coast since 1788. The market is considered one of the best-covered food markets in Europe, filled with stalls overflowing with produce.

Browse the shelves and counters filled with meats, cheeses, jars of honey, jams, vegetables, fruit and dry goods. There are bakeries, delis, fish counters, wine merchants and a range of cafés and restaurants.

Take a seat at the family-run Farmgate Café to sample a hearty plate of lamb stew, mopped up with slices of freshly baked soda bread.

Ready to discover Ireland? Don't miss the current selection of online savings on tours to Ireland and beyond with Just Go Holidays. 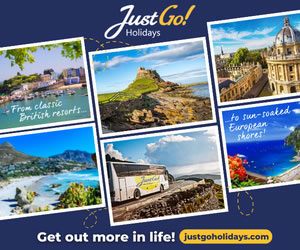 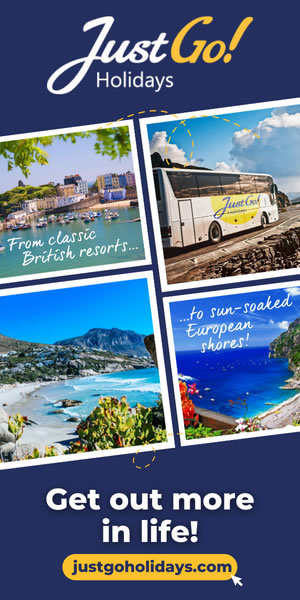