Budapest: a city of two halves

This captivating capital is divided by the River Danube, which creates a city of contrasts. The historic 'Buda' half sits astride a hilltop and is distinctive for its rambling ancient castle complex while the other, more modern, 'Pest', is on the lower-lying east side of the river.

Although Budapest is famous for its Parliament building, enduring spa culture and gastronomic delights such as goulash, it has an alternative, contemporary side as well, with a burgeoning nightclub scene, vegan restaurants and distinctive urban art.

Getting to Budapest: is there any better way of reaching the Hungarian capital than by cruising in along the Danube? We think not. Check out the latest deals on river cruises to Budapest with TUI* today.

Usually the first stop on any tour is the UNESCO World Heritage site of Buda's Castle Quarter, comprised of the Royal Castle, Matthias Church and Fishermen's Bastion. Perched on a plateau known, appropriately, as Castle Hill there are spellbinding vistas over the city below.

If you don't fancy walking up the cobbled streets, there is a funicular to take you to the top. The original medieval palace was completed in 1265 by King Bela IV as a siege-proof residence against Mongol invasions.

After reaching its peak during the reign of King Matthias (1458-1490), it was then the turn of the Ottomans to take control who weren't particularly interested in the castle. Some 145 years later, new leaders created an expansive Baroque castle, which was built between 1749 and 1769.

Bombing during WWII's siege of Budapest saw further destruction of parts of the complex from which has led to further restoration. Now the entire castle complex is under heritage protection and well worth exploring.

The Hungarian House of Parliament

Think of Budapest and you'll likely picture the UNESCO World Heritage site of the enormously ornate Hungarian House of Parliament. It's not only the largest building in the country but one of its most striking landmarks.

Sitting decorously alongside the Blue Danube, it was designed in a neo-gothic style and opened in 1902. Take a boat trip to get the very best view of the building from the water.

For those that are fans of contemporary art there are several museums worth visiting. The Ludwig Museum of Contemporary Art should be at the top of the list. The giant museum displays around 600 pieces of art, with many more behind the scenes. Get your Pop Art fix with the likes of Roy Lichtenstein and Tom Wesselmann.

The Supermarket Gallery, meanwhile, focuses exclusively on Hungarian photographers and is increasingly known for its pop-up exhibitions.

The Godot Institute of Contemporary Art can be found in three locations; the two worth mentioning are the trendy take-over of an industrial site and the Godot Galeria on the Buda side of the river, which shows edgy, controversial artists.

Into architecture? Budapest is famous for its Art Nouveau buildings with several examples around the old town. This period, at the end of the 19th century, was a revolt against mechanisation and featured shapes and themes from nature.

Look to the Gresham Palace (now the Four Seasons Hotel) and the Museum of Applied Arts, which was built in 1896. Be sure to visit the (now closed) Bedö House of Hungarian Art Nouveau. This pistachio-green building with extraordinary flourishes and decoration reflects the influences of French and Belgian Art Nouveau.

This concept started in the early noughties when a couple of young entrepreneurs purchased a derelict building and decided to celebrate the ramshackle vibe of the place and opened it pretty much in the condition it was found. And so the first ruin bar was born.

These days, ruins bars are decorated with unique ragged furnishings, exposed pipes, strange taxidermy and even cars. They started in the Jewish District but are now popping up everywhere and several are used as venues, not just bars. Szimpla Kert inhabits an enormous space and is hugely popular, not only for nightlife but for its weekly farmer's market.

Part nightclub, part restaurant, part urban garden, this enormous courtyard reminds many of a greenhouse with its exuberant foliage, hanging plants and glass roof. Located in the Jewish District, this venue can't decide if it is a gastronomic destination or a late-night hangout.

Whichever you decide, be sure to book early as it is very popular. Try out some of the Mediterranean-Hungarian plates (shawarma sandwich, anyone?) before hitting the cocktails or brandy.

It's fortuitous that countries in Eastern Europe have not only taken up the vegan trend but are doing so very well. One trendy place to try out is Tökmag Vegan Street Food on the Pest side and known for its bijou setting and takeaway options.

Vegetarians might like Madal Food, which is mainly about pizza. You will find Govinda Vegetáriánus és Vegán Étterem tucked away in one of the older Pest neighbourhoods and its fresh, inviting decor is a real hit with the locals particularly because of popular favourites like veggie curries and salads.

For a traditional Hungarian white-tablecloth fine dining experience, you can't go wrong with the award-winning Gundel Restaurant. Opened in 1910, the restaurant's founder is thought to have put Hungarian cuisine on the map.

It is known for its inspired take on fresh, seasonal products as well as classics like goulash soup, Újházi chicken soup and Wampetics cheese dumplings. Expect gipsy music and lively dancing to set just the right atmosphere.

It was during the Ottoman conquest and reign of Budapest that the first pashas exploited the teeming thermal waters of the area with Turkish baths becoming prevalent. Many 16th-century bathhouses are still active in the Buda precinct, each with central octagon-shaped pools and high domed ceilings.

The Rudas Fürdö, Kiraly Fürdö and Vil Bej Fürdöje are located near the Danube on the Buda side of the city.

If you make your way to Pest side's City Park, the steam rising from the outdoor pool at the neo-baroque Szécheny Fürdö is an iconic sight; it also has an additional two dozen pools, steam rooms and saunas.

But the bathhouse considered the most beautiful is Gellert Bath, a secessionist style structure built in 1918 during the Art Nouveau period. Its frescoed ceilings, intricately designed columns, mosaics and statuettes are divinely inspired. Try the outdoor wave pool though, be warned, it can be very busy during the summer.

Behind the Military Museum of History stands the tomb of Abdurrahman, an Ottoman military leader. The caption says in Turkish and in Hungarian, "He was a heroic enemy, may he rest in peace".

The Turkish influence here may not be what it was but many, particularly Muslims, are seeking out the historic properties still scattered around the city. As well as the Turkish baths mentioned, check out Candlemas Church of the Blessed Virgin Mary in Pest, which was formerly the Mosque of Pasha Qasim, to find clues from its past.

Fancy a bit of Budapest? Check out the latest offers on itineraries to Budapest with TUI River Cruises today. 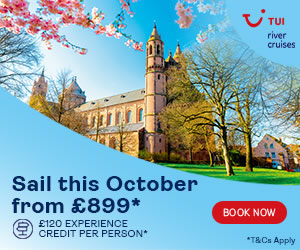 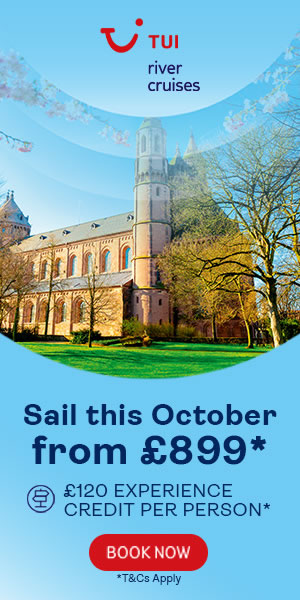