The largest of the Greek islands, and the one to boast the longest summers, Crete truly has something for everyone.

Once home to the ancient Minoans - the earliest recorded civilization in Europe - Crete is enveloped in thousands of years of history not to mention ringed with a stunning coastline, and you won't be disappointed with the choice of white sandy beaches and turquoise waters on offer.

Holidays to Crete: it's no surprise that there are countless affordable deals to this glorious Greek island. Holiday giant TUI*, for example, offers great value breaks departing from numerous UK airports.

Haniá (also known as Chania) on the north coast is Crete's second largest city, and definitely one of the island's highlights.

Winding Venetian streets lead down to the pretty harbour, where old townhouses have been converted into hotels and restaurants.

The restaurants here are among Crete's best, and when you've finished dining you can take a wander to admire the old city walls and ancient ruins.

2. The Old Town of Rethymnon

For romantic cobbled streets and more of the island's Venetian history head to the Old Town of Rethymnon. Like Haniá the main dining hub is set around its harbour, overlooking an Egyptian-built lighthouse.

It's easy to park nearby, and the 16th-century fortress is less than 10 minutes' walk away, where you can watch the sunset over the town.

This 10-mile gorge is reputedly the longest in Europe, stretching down to the south coast. It's a lengthy walk, taking around six hours at an average pace, but well worth it as you travel through the White Mountains and forests to finally reach Agia Roumeli, where you can cool off with a dip in the sea.

Okay, so it's perhaps cheating to mention three beaches under one point, but the variety along Crete's coastline makes choosing one beach far too difficult. Elafonisi beach, located on the southwest corner of the island, has amazingly crystal clear shallow waters - perfect for snorkelling - and white and pink sand.

On the northwest coast you will find the beautiful Balos Lagoon, which can be reached by ferry from Kissamos port or by car. The drive is a slightly treacherous one up the mountains, but if you start early you can arrive before the first ferry passengers get there. It's a steep hike down to the beach from the car park, but the views are fantastic.

The popular Falassarna Beach can be found further down the northwest coast and is often on lists of the top beaches in Europe. The sea is warm, sometimes wavy, and you'll find ruins of the Roman city of Falassarna at its northern end.

The Royal Minoan Palace at Knossos, just south of Crete's capital Iráklion, is an unforgettable sight. British archaeologist Sir Arthur Evans uncovered the ruins of Knossos in the early 20th century and spent decades excavating and restoring parts of the site.

The palace once had around 1,300 rooms and Greek legend has it that this was where King Minos kept his minotaur. You'll need a few hours at least to explore the area, and there is very little shade so bring a hat and plenty of water.

Another must-see for history fans is the famous Heraklion Archaeological Museum, best visited after you've been to Knossos to see more of the palace's and the rest of the island's Minoan artefacts.

Highlights include the Phaistos Disc, covered in mysterious symbols, and the snake goddesses; bare-breasted figurines with snakes in their hands or slithering up their arms. There's a lot to take in so give yourself a few hours to walk around.

Once attached to the mainland, the Venetians carved off this part of land to create a small island to build a fort on. The ruins of the fort can still be seen, but it's Victoria Hislop's novel The Island about Spinalonga's past as a leper colony which attracts most people there today.

People with leprosy were quarantined on the island right up until 1957, making it one of the last leper colonies in Europe. Boats to Spinalonga run from Plaka (closest), Elounda and Agios Nikolaos, and guided tours are available.

Aquaworld in Hersonissos is a brilliant place for a family excursion. It's not a big aquarium, but you can tell that the owners really care for the animals they look after.

There's all kind of local sea life and reptiles, most of which have been rescued from unwanted homes or saved from injuries. You can watch the animals being fed, and even hold some of the snakes, lizards and tortoises.

Also known as the Dikteon Cave, according to Greek mythology this is the place where Zeus' mother Rhea hid him from his father Cronus, who had the bad habit of swallowing all of his children in case they one day overthrew him. Bring comfortable shoes as it's a winding uphill walk (or donkey ride) to the cave from the car park.

At the entrance, descend the slippery stairs into the cave, deeper and deeper through the lit-up stalactites and stalagmites. Beware: Google Maps shows the cave as Ideon Andron, which also claims to be Zeus' birthplace but is hours away from the more interesting Dikteon Cave in the east.

This scenic lake in Agios Nikolaos is lined with tavernas and bars. Once known as 'Vromolimni' (stinking lake) because of its stagnant water, a channel dug in the 19th century connecting the lake to the sea solved that problem. The best views are from the surrounding steep roads and a small park on the hill above it.

There are several seasonal water parks in Crete to choose from, open from May to October. Watercity is a 20-minute drive from Heraklion, and Limnoupolis water park is not far from Haniá.

The popular Star Beach (with its free entry, water sports and party activities for adults too) and Acqua Plus water park are both in Hersonissos.

Crete is deliciously warm and sunny in summer and much cooler with some reasonable sunshine throughout winter. Do visit our climate section to find out more about the weather in Crete if you're considering it for your next holiday.

Are you planning a break to Crete? Don't miss the latest deals from TUI, which offers escapes for all budgets to Crete departing from airports in Scotland, England, Northern Ireland and Wales. 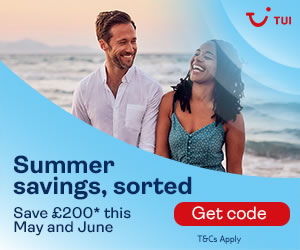 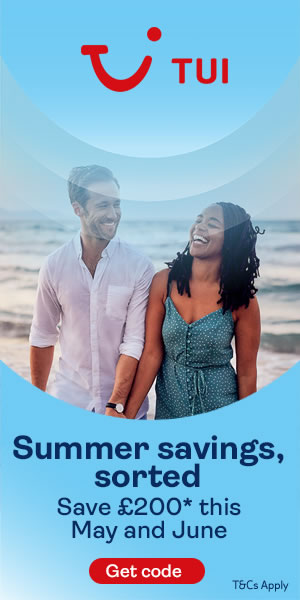