Where to book river cruises

If you're looking to book a river cruise in 2023/2024, why not browse what's available from popular cruise providers. Learn more about the companies, rivers and destinations that can be explored around the world.

A river cruise is a wonderfully relaxed way to see the world. Step aboard, unpack once and watch as you sail past and through some of the most famous cities and rural regions. Below you'll find details on the best ways to river cruise in Europe and Asia, as well as the latest deals to help you secure that berth.

River cruising is an exceptionally popular, not to mention easy, way of exploring Europe. Famous waterways with some of the most beautiful cities can be found along the banks of the Seine, Rhine, Danube and the likes.

European river cruises are typically available and at their best from March to October, with the Danube and the Rhine the two most popular waterways.

Other much loved rivers include the Main and Moselle in Germany, the Rhône and Seine in France and the Douro in Portugal, while the Dutch and Belgian waterways offer a slightly gentler sort of cruising experience.

In brief: the period from March to October is the main season for a European river cruise and, as a general rule, the weather is warmer and sunnier the further south you go.

Although the enjoyment of a river cruise doesn't depend entirely on the weather a bit of warmth and sunshine is always welcome. If you want to go early in the season the warmest sunniest stretches of river will almost certainly be in Portugal.

It's not hot but from April onwards there are at least seven hours of sunshine per day on the upper regions of the Douro River, and from May onwards average daytime maximum temperatures exceed 20°C.

In north and central Europe, the weather doesn't really start to warm up until May when the southern stretches of the Danube south of Belgrade in Serbia see the warmest temperatures and the most sunshine.

Throughout the rest of the summer conditions are warm and sunny on all the river basins of Europe. Conditions in the Netherlands at the height of summer are roughly the same as the south of England with temperatures in the low twenties and six hours of sunshine a day on average.

It gets steadily warmer as you head south with seven to eight hours of sunshine a day in Basel and Vienna rising to nine hours a day to the south of Belgrade where maximum daytime temperatures in July and August average 27°C to 28°C.

After that the weather starts to get cooler with the southern stretches of the Danube only making 18°C by the middle of October with just five hours of sunshine a day.

Who offers river cruises in Europe?

If you're looking to venture further afield on a river cruise, there are lots of options across Asia, whether you fancy visiting the Yangtze in China or the Mekong in Vietnam and Cambodia.

Best time for a river cruise in Asia

There's so much variety when you opt for a river cruise in Asia with countries as big as they are diverse. You'll find Asian river cruises are widely available across China, Vietnam, Cambodia, Burma and India.

In brief: cruising the waterways of Vietnam, Cambodia, Burma and India is usually done in the northern hemisphere winter, while in China the season lasts a little longer and happens during summer.

River cruises in China are centred on the waters of the Yangtze between Chongqing and Yichang, where July and August are the months with the most sunshine.

However, at this time of year, it is also very hot and humid so you might want to consider giving up a few hours of sunshine each day in exchange for slightly cooler temperatures.

In which case, April, May and the first half of June would be the best time to go. Expect four to five hours of sunshine per day and maximum temperatures in the twenties with quite frequent rain especially on the upper reaches of the river.

If you're heading for the Mekong in Vietnam and Cambodia the weather is best from the middle of November to the middle of March with lots of sunshine.

It is hot but unlike in China in summer this is the dry season so humidity levels are more comfortable. Expect temperatures in the low thirties and up to nine hours of sunshine a day.

If you're planning a trip on the Irrawaddy in Burma (also known as Myanmar), hot sunny weather is pretty much guaranteed between November and February.

Daytime temperatures are consistently in the low thirties with eight to 10 hours of sunshine per day and little chance of rain. Heat and humidity is high so you must be prepared for this, and if you plan to travel after the start of March it will be even hotter and more humid.

It's worth noting that water levels can fall along the Irrawaddy as the dry season progresses, which sometimes leads to cruise schedules being altered and even cruise ships being substituted. Check with your river cruise company before booking if you plan to travel after the start of January.

Cruises on the Ganges normally operate during the northern hemisphere winter between the seaport of Calcutta (Kolkata) and the holy city of Varanasi, also known as Benares.

Winter is the dry season in India so you are unlikely to see any rain, and maximum daytime temperatures normally range from the mid-twenties to the low thirties depending on which month you choose.

Heat and humidity is low to moderate from November to February rising to high or very high in March. There's a lot of sunshine; expect seven to eight hours a day.

If you're heading to the backwaters of Kerala for a houseboat holiday, the season runs from October to April.

Located in the far south of India, Kerala has a tropical climate with temperatures rising above 30°C every day during this dry season time and mostly high heat and humidity.

The good news is that temperatures do drop by around 10°C overnight. January to March has the most sunshine with an average of nine hours a day, but during March and into April the heat and humidity does get noticeably more uncomfortable.

Who offers river cruises in Asia?

Best time for a river cruise in Africa

You can, in theory, enjoy a Nile river cruise at any time of year in Egypt. However, many would simply find the heat of summer too much to bear. With this in mind, we recommend booking your river cruise anytime from the beginning of October to the middle of May.

There is, of course, variation in temperature during this period but one thing you don't have to worry about is a lack of sunshine; there's never less than nine hours a day throughout the winter months.

In brief: avoid the high heat and discomfort of the summer months and book your Nile river cruise anytime between the beginning of October and mid-May. For the coolest time of year that still has plenty of sunshine, go between December and February.

Who offers river cruises in Africa?

We work with leading river cruise companies and river cruise lines to collate and share the very best deals and online discounts to help you save.

Whether you're after a European river cruise on the Danube, Seine or Rhine or something more exotic in Asia on the Mekong or Yangtze, why not check out what the following companies have to offer.

If you're looking to book a last minute river cruise, check out the latest offers on late deals from leading river cruise companies below. 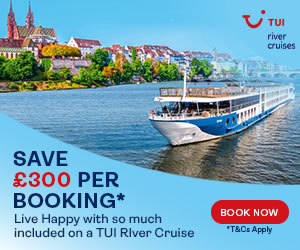 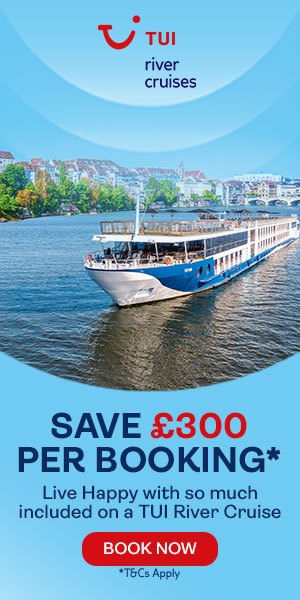